Home » How-To » The Best Vodka for a Moscow Mule

Tis’ the season for fall and winter decor, parties, cozy get-togethers and of course, a little cocktail to warm you up. A Moscow mule is a popular cozy season drink served in bars and restaurants or made at home for holiday gatherings. With the colder months upon us, you may be wondering, what’s the best vodka for Moscow mule?

History of the Moscow mule

Before fully understanding the best vodka for a Moscow mule, let’s invest some time to learn how the drink was created and why choosing the right vodka makes a difference.

The origin story of the Moscow Mule is one that’s familiar to any kitchen adventurer – you’re willing to try things that haven’t been tried before, you invent recipes out of sheer curiosity (clear the fridge meals anyone?) and your experience and knack for flavor pairings usually delivers a dish or drink that’s quite tasty. That’s exactly how the Moscow Mule came to be.

Historical reports claim that the cocktail was first created in the USA during the 1940s by two friends who were struggling to sell their alcoholic products. Back then vodka wasn’t popular in America, and John G. Martin, the owner of one of the first U.S. vodka brands, was having trouble selling his alcohol. At the same time, John Morgan, president of a restaurant and product company, was struggling to market the ginger beer his brand made.

The two friends were out one evening and after discussing their troubles spontaneously decided to mix the vodka and ginger beer (with a squeeze of lime, of course) and served it over ice. You can imagine the reaction each had after sipping this inventive and adventurous concoction. The drink was delicious, refreshing, and would soon take off in popularity.

How is a Moscow mule made?

A Moscow mule, famously served in a copper mug, is made with vodka, ginger beer, lime juice, and served over ice then garnished with a slice of lime. The copper mug takes on and maintains the cold temperature of the liquid, often with the appearance of frost on the outside of the mug which adds to the aesthetic and presentation of the drink. I mean, doesn’t a chilled, frosted copper mug just beckon you to imbibe? I can taste the ice-cold cocktail just thinking about it.

And there are even more sensory highlights to this drink! The ginger beer makes it delightfully fizzy with a sweet or spicy kick, depending on the type of ginger beer you select. It has a cool and uniquely complex taste thanks to the perfect blend of vodka, ginger beer, and lemon juice which makes it sweet, spicy, and tangy all at once.

The Moscow mule is refreshing on hot summer days and also a holiday favorite thanks to the strong ginger flavor. You can’t go wrong with this all-season cocktail!

A bottom-shelf vodka can seriously downgrade the taste of your cocktail. A high-quality vodka is smoother because it’s made with better distilling methods. Plus, you can use the same bottle of vodka for other cocktails. Similarly to wines, different vodkas can have different tasting notes and mouth feels.

While you might think of vodka as being tasteless, odorless, and colorless, it’s actually quite the opposite! A good vodka should have a distinct and pleasurable taste. Good doesn’t always mean expensive, though it certainly can. So check out the suggested best vodkas for Moscow mules below to make sure you chose the best spirit for your copper cup.

Vodka is a distilled spirit most commonly made from grains (like rice, rye, corn, wheat) or potatoes. Some more unique vodkas are made from fruit or sugar cane. The spirit is made by fermenting, distilling, and filtering the grain, potato, fruit, or sugar cane. It’s used in a variety of cocktails, like the Moscow mule, or sipped straight.

The main type of vodka is made from grains. There’s also potato and fruit or sugar cane vodka. In its natural distillation form, vodka doesn’t have overpowering tasting notes from added flavors. Though there are plenty of vodkas on the market that have all kinds of added flavor for just about anything you can think of. Each type can be good for your cocktail’s key ingredient, depending on what you’re making and how you want it to taste. Most Moscow mule recipes call for a flavorless (as in no flavor added) vodka so the ingredients can work together instead of competing for your tastebuds.

The Best Vodka for Moscow Mule

A classic, well-made vodka will last forever and never go out of style. These are some of the best vodkas for Moscow mules.

Stolichnaya is a great all-around vodka that works well for mixed drinks. It has a heavier mouth feel with notes of citrus that work well to augment the tart and tanginess of the ginger beer and lime.

RELATED: How Much is a Dash of Bitters?

This is the vodka that started it all – the original vodka of the Moscow mule dating back to the 1940s when it was first created. It has a subtle peppery flavor that goes well with the ginger beer and has a clean and light mouth feel.

The pronounced flavors of lemon, grapefruit, and ginger infuse well with the spice of ginger beer and the tangyness of lemon. It has a silky mouthfeel, which can help offset the sharp taste. If you like your Moscow mule to bite, this is the vodka for you.

This small-batch vodka is made from sugar cane and has fresh valencia orange tasting notes. It brings out the best in the fresh lime juice of a Moscow mule and gives you a clean, bright feel.

Tito’s boasts a neutral flavor profile that blends well with many other drinks and will surely compliment the ingredients of your Moscow mule. The versatile vodka would be a good addition to the minimalist liquor cabinet.

You can make this classic cocktail in just a few steps, which makes it a great holiday gathering drink since you can whip up enough drinks for a crowd in a short amount of time. Here’s what you need to do.

Serve it with orange cranberry shortbread cookies or apple fritter cake – an absolute must!

Now that you know all about Moscow mules, try making one for yourself or guests at home. And be sure to let us know which vodka you chose! 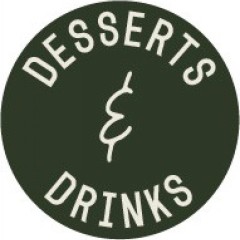 Whether you're having friends over or just need a sweet treat, we've got you covered with dessert and drink recipes that are easy, inspired, and delicious! Read More…

Let’s get together for desserts & drinks!